How can we address the climate crisis? 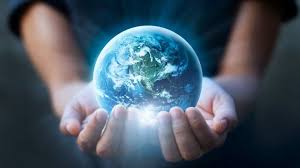 CITIZEN ACTION AND INVESTOR pressure are two key forces creating the shift, according to Felicia Jackson, a senior consultant at Contented Ltd, a communications company focusing on change and innovation.  She says organisations need to tell an authentic story of who they are, what they’re doing, and how they are making a difference.

Investors want to see companies publishing information effectively on the risk to their business from climate change — something which is not included in traditional financial reporting. An international Taskforce for Climate-related Financial Disclosures was set up in 2015 demanding that companies report on danger from climate change.

Following wildfires in California, US utility company PG&E settled for US$11 billion with insurance companies. They were seeking compensation for claims from homeowners and businesses in connection with fires sparked by the utility’s equipment.  It followed a US$1 billion payout to local governments and state agencies arising from fires in 2017 and 2018.

The SDGs are another story, says Ms Jackson, aiming for an end to hunger and poverty and to ensure that no-one is without access to energy. “It’s a whole new way of doing business — and the scale of the finances are hard to comprehend.”

The IEA estimates U$30trillion for decarbonising the energy sector, while the International Financial Corporation calculates US$12trillion in business opportunities to meet just four of the 16 goals.

“We’re undergoing a fundamental paradigm shift in how business operates.  Traditionally, directors have had just one objective — to maximise financial return to shareholders.  People are now beginning to realise that this not good enough; you don’t have a business if no-one’s got any money!  Companies have a far wider responsibility for how they act and it’s having an effect on how they operate and the stories they need to tell. Understanding this sea-change puts them ahead of their peers.”