EVEN AS GOVERNMENTS around the world move to ban petrol and diesel cars, there remains scepticism in the automotive industry around electric vehicles (EVs).  Some may find that rather shocking.

For some businesses, “eco-friendly” is just a positive marketing label; for many thinkers, hybrid engines are a more likely future.  The reality is that the journey to a truly sustainable automotive value chain is a long and bumpy road.

The challenge for the sector is to create something that is good for people, planet and profit at all stages of production, from raw material extraction to after-sales, as well as disposal.  Fully-sustainable and renewably-powered fleets of cars, let alone lorries, could be a long-haul destination.  But the industry is witnessing the emergence of an army of visionaries with powerful investment pitches.

The Challenge of Power 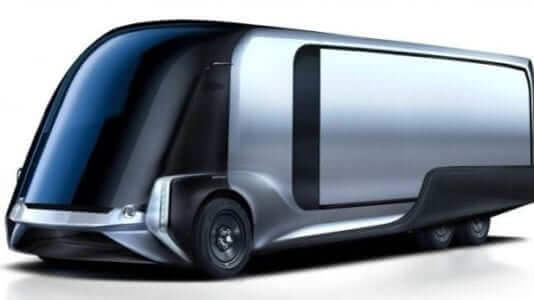 Car owners typically prioritise style, performance and range.  Many fear electric vehicles will run out of power before they reach their destination, and that refuelling times will take too long. Industry insiders call it ‘range anxiety’.  Of course, figures quoted usually decrease once you load up with people or goods.

Luxury electric cars claim an impressive acceleration from standstill to 100km/h (60 mph) in 2.5 seconds (Tesla’s Model S), with a range of more than 500km (315 miles).  Its Model 3 saloon, aiming to start  delivery in 2019, takes just a second more to reach that speed.  Tesla has generated record sales for its cars, demonstrating mass-market appeal for electric.  The company’s vision foresees a car that is ten times safer on auto-pilot than on manual through “massive fleet learning”, and a service that lets owners make money from their vehicles when they aren’t being used.

The company’s ‘Master Plan’, with investment from Panasonic, shows that battery technology has met the goal of powering even heavy-duty trucks.  The 36-tonne Tesla Semi electric lorry, currently being tested, will be able to travel more than 800km (500 miles) on a single charge, even when fully loaded, company CEO Elon Musk has claimed, with a lower-spec version achieving a 500km range.  Add to that a cab made from carbon fibre (half the weight of aluminium) and “autonomous convoy capabilities” [See panel].  Walmart, DHL and J.B. Hunt have pre-ordered it for their freight as part of emissions reductions strategies.

An unmanned military convoy cruises by at up to 40 mph during a test. (Photo Credit: U.S. Army)

Lockheed-Martin developed a similar auto-pilot feature to that in Tesla’s new 36-tonne Semi electric truck, for convoys of military vehicles.

The Autonomous Mobility Appliqué System (AMAS) was tested by soldiers and civilians over several months and 88,000km (55,000 miles) during the US Army Extended Warfighter Experiment (EWE) across Texas and Missouri in 2017.

The army calls it “leader-follower capability” allowing “soldiers to be soldiers, not truck drivers” and to keep look-out for threats around them.

A model for self-drive haulage?

A soldier drives the front truck and other vehicles follow robotically, detecting and avoiding obstacles, and allowing convoys to split up and re-join under autonomous control. The system even works under black-out night operations to allow the convoy to avoid detection.

The aim is to reduce driver fatigue and increase awareness, eliminate rear-end collisions and enable a more effective response to attack — hopefully not a daily requirement of haulage companies.

Mercedes-Benz, whose electric buses are highly popular in Europe, is planning to take things a step further, offering all its commercial van model lines with electric drive. The German company’s new eVito mid-sized commercial van, aimed at small businesses wanting an upmarket image, will have a range of 150km (93 miles) – ample for most local call-outs – and a top speed of 119km/h (74mph).

An “all-electric emission-free” Mercedes Citaro bus is due to arrive (on-time) late 2018. Mercedes parent, Daimler, announced that the North American Thomas Built school bus (think yellow) will pick up its first students in 2019.

With Chinese authorities leading the global attack on the internal combustion engine – the country suspended production of 553 models at the start of 2018 – Renault Group has formed a joint venture with Brilliance China Automotive Holdings to design and produce light-duty commercial vehicles.  A press release reported a goal of 150,000 sales by 2022 and an “acceleration of electrifying powertrains”, the engine, transmission, drive shafts, differentials, and other components that generate and put power on the road.  Renault is also reported to be trialling an all-electric truck to deliver refrigerated produce.

A review by Ford Motor Co, which struggled to grow its business in 2017, is likely to bring into focus electric commercial vans, according to Reuters news agency, reckoning that the best play globally for electrification and autonomous driving “might be in commercial and delivery vehicles.”

Diversifying into energy demonstrates insight into another huge challenge facing the industry. Indeed, energy plays a starring role in this story.